Danone, also known as Dannon according to its U.S. subsidiary’s name, rethought its entire production process as it expected to achieve substantial improvement in its average weight control operations, i.e., checking the net content of its packages. This is a major area where considerable time and material can be saved.

About Danone: Just shortly after being launched on the market, Danone’s Activia yogurt touted to regulate digestion conquered the German fruit yogurt market, becoming Number One. Producing 130,000 t per year of the Activia and Dany Sahne yogurt brands, Ochsenfurt is home to Danone’s largest production facility in Germany. There, 220 employees churn out these products in three shifts, seven days a week. Thirty-five percent of this volume produced is destined for export. The remaining 65% is found in just about every grocery store in the country.

Requirements: So far, average weight control of prepackages, also known in North America as “checking the net content of packages,” had been done manually using a static scale. To check the average weight, an employee used to weigh a random sample every 20 minutes. This took an average time of four minutes per sample. Moreover, manual weighing was a constant source of minor errors — the wrong product number was entered, or the wrong date. This is why Danone considered using a system with a dynamic checkweigher for automated weighing instead.

There was one special requirement that this system had to meet: have the 16-digit SAP product number transferred into the checkweigher instead of separately having to enter a 4-digit product number on its keypad. Sartorius just needed to add this function capability to customize its average weight control software. In close cooperation with Danone’s technical department, the Sartorius research and development team readily accomplished this software expansion. Plus, the checkweigher had to be connected to a quality assurance (QA) system already available. On top of that, planning and control of the entire process, including the checkweigher, had to be easy to do from the convenience of an office.

The solution: The dynamic dual-track checkweigher EWK3010 proved to be the best choice thanks to its customer-specific adaptability and options. Now, up to 2 + 108 packages of four race across the checkweigher’s two tracks. The weight of all packages is registered 100% and statistically evaluated. The checkweigher’s communication interfaces linked to the company’s network enable data exchange and remote control. This means that planning and control can be easily taken care of from the convenience of an office, and the checkweigher no longer has to be operated on site inside the production area.

Just after modification of the checkweigher and Danone’s QA system, even the 16-digit SAP product numbers could be readily logged automatically. As a result, no further product number had to be manually entered. The Sartorius ProControl for Windows® (SPC) software installed on Danone’s QA system transmits all product relevant data, such as the target weight, to the checkweigher. Moreover, intermediate statistics on the products can be saved in the SPC database nearly instantaneously.

Summary: The Sartorius solution saved the company substantial time. Whereas two employees were previously needed to operate one production line, now only one person is necessary. Nobody has to take manual random samples every 20 minutes any more. The checkweigher automatically takes care of checking the average weights. What’s more, this checkweigher no longer needs to be calibrated and adjusted on site . The SAP software conveniently performs this task, which thus considerably reduces data management and administration effort.

In addition, compliance with traceability requirements prescribed by International Food Safety (IFS) standards is now easier than ever before. The use of unique product numbers generated by SAP software makes the process so much more manageable. Project head Mr. Albig praised the good collaboration between engineers and Sartorius sales engineer and consultant Roger Faust: “They [Sartorius] were readily willing to incorporate the special features we desired.” He was also delighted that Sartorius maintained the same level of attentive support after the system had been installed. “Some other companies take forever to fix even the most minor installation error.”

“To us, flexible and cooperative support is very important,” stated the Danone team. The machine has to be serviced when it does not happen to be in operation. As Danone operates in three shifts, there is no time to catch up afterwards. Danone was so satisfied with the first project that  a second Sartorius checkweigher system was installed. 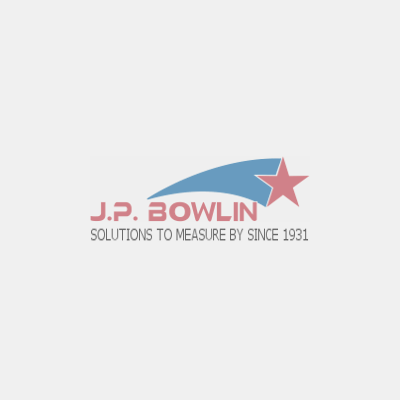