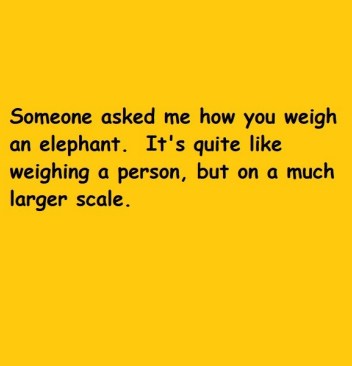 Happy National Tell A Joke Day on August 16th! And from some really “clever” writers at punsandoneliners.com/ and worstjokesever.com, here are some of our favorite jokes about scales and weighing: